Texas is the second-largest state in the United States. It is 261,914 square miles, which is almost 100,000 square miles larger than the next-largest state. On average, just 8.5% of households in the United States do not have vehicles. In Texas, vehicle ownership percentage rates drop to 5.2% without vehicles, which is about 3.3% below the national average.

Although Texas has some cities that are friendly toward not having a car (like Austin and Fort Worth), most areas in Texas require a vehicle to move around simply because of the state’s large size. The average household in Texas has 2.3 vehicles. In fact, there are roughly 22.5 million vehicles registered in the State of Texas.

Texas residents traveled 288,227 billion miles in 2021, which is roughly an 11% increase compared to travel in 2020. With all of those miles and vehicles, it is easy to see why accidents happen on Texas roads.

When accidents happen, you can turn to a Texas car accident attorney for help. They could help explain your rights and obligations after an accident, potentially helping car accident victims receive the compensation they may deserve to address their injuries and property damage from an at-fault driver.

Texas saw one reportable car accident every 57 seconds during 2021. A reportable car accident is a vehicle crash that results in injury or death. Alternatively, you must still report the accident if it causes property damage worth at least $1,000. Car accident victims must provide this report to the Texas Department of Transportation (TxDOT) no later than ten days after the crash. However, if the police arrive at the scene to investigate, drivers do not have to file a separate report.

In 2021, there were 1,077 people killed in car accidents where the driver was under the influence of alcohol. That means alcohol caused about 24% of all fatal accidents in Texas in 2021.

Negligence is a legal term that essentially means a lack of care. When someone does not exercise the degree of care necessary to avoid an injury, accident, or damage, then they will likely be considered negligent.

In most states, there are four elements to prove ordinary negligence. In Texas, however, negligence includes five distinct elements. A Texas car accident attorney will likely tell you that the overall concept is the same as in other states, but Texas uses the following five elements to prove negligence.

The term “negligence per se” means someone is automatically negligent because of certain facts. In Texas, if you violate a traffic law, you are often considered negligence per se. This is because traffic laws are designed to protect the public at large — there is a real safety reason that Texas has traffic laws. If someone violates those laws, then they are not acting like a reasonable person.

As part of negligence per se, a car accident victim must still show that the action the defendant took was the reason the crash occurred. For example, imagine a driver ran a stop sign, but that action took place two blocks before your accident. In that situation, there might be negligence per se, but there was no causation — it is unlikely that missing a stop sign two blocks before your intersection caused a crash.

The collateral source rule is related to the concept of double recovery for car accident victims. The argument is that if someone else paid for part of their damages, then a car accident victim should not be able to recover those damages.

Understanding this argument is easier with an example. Imagine you have $5,000 in medical bills, but your sister paid for $3,000 of those bills. The argument against double recovery is that you cannot recover the full $5,000 in your legal case. Instead, you should only be able to recover the portion that you paid, $2,000. However, if your sister is expecting to be paid back for paying your bills, then you might be able to recover the full amount.

The collateral source rule takes a lot of this confusion out of consideration. It prohibits a judge or jury from considering who paid for damages. Who paid the bills (you or your sister, in the example above) does not matter because the judge or jury cannot hear how the bills were paid.

The collateral source rule is helpful for car accident victims because it removes confusion about medical bills and other reimbursements. Although the above example is simple, it actually happens quite frequently — more so in the context of insurance payments. Many people have health insurance that will help pay for bills after a car accident. They might also have disability payments that would apply as well.

Under the collateral source rule, insurance payment information is not considered. That way, if the insurance company asks to be repaid from your case, they are only reimbursed for what they already paid. They do not take any additional funds out of your pocket for their reimbursement.

Dram shop laws impose legal liability on establishments that serve alcohol to patrons. If the patron gets in a car accident because they were drunk, the business that over-served the driver can be liable.

Texas is somewhat unique in that its dram shop laws only apply to businesses. They do not apply to social hosts or employees who provided alcohol to a driver.

There are a lot of nuances involved in Texas dram shop law. If you believe you have a personal injury case because of an accident with a driver who was intoxicated, contact a Texas car accident attorney to learn more about your rights.

Texas is a modified comparative fault state. That means if you are partially at fault for your car accident, then the money damages you receive to compensate you for your injuries might be reduced. It is reduced by the percentage of fault that a judge or jury attributes to you for the crash.

For example, imagine you have $100,000 in money damages after an accident (medical bills, lost wages, and pain and suffering). A jury finds in your favor, but they also determine that you were speeding slightly at the time of the accident. As a result, they concluded that you were 5% at fault for the crash. Because of that determination, your $100,000 damages will be reduced by 5%, so the most you can be awarded is $95,000 ($100,000 minus 5%).

Your percentage of fault must also be lower than the defendant’s percentage of fault. If a jury determines that you are even 51% at fault for the accident, then you cannot recover damages. That is, if you were more at fault than the other driver, then you do not have the option to receive any compensation for the crash.

Most accidents in Texas occur in rural areas. However, large Texas cities see their fair share of car accidents as well. Below is a quick overview of accidents in the five largest cities in Texas.

Houston far outranks other cities in Texas in terms of population. Nearly 2.3 million people call Houston home, as of 2021.

San Antonio has just under 1.5 million people. It ranks high as a city that has a lower number of vehicles per household. Roughly 9% of households in San Antonio do not have vehicles, compared to 8.5% of the national average and 5.2% for the whole state of Texas.

In 2021, there were 38,461 total crashes in San Antonio. Those resulted in 182 fatalities and 626 serious injuries. There were another 4,307 suspected minor crashes and 5,555 suspected minor injuries as well.

Dallas is the third-largest city in Texas. It also has a great public transit score, according to the Center for Neighborhood Technology. It is listed as one of the top ten most populated cities and has a transit score of 6.8. In total, Dallas’ 2021 population was just under 1.3 million.

Its high transit score might have a connection to its relatively low car accident rates for a city of this size. There were 35,355 total crashes in Dallas in 2021. Those crashes included 206 fatal crashes that caused 227 fatalities in total.

Austin is the capital city of Texas, but it ranks number four in terms of population. It has 964,177 people, according to 2021 numbers. Interestingly, Austin is also ranked highly as one of the most walkable cities in the United States. At the same time, however, it is also considered one of the most car-dependent cities in Texas.

Austin saw just 12,433 total crashes in 2021. Considering its size and the fact that it is the capital, this number is surprisingly low. There were also 104 fatal accidents that caused 113 fatalities.

Fort Worth is home to 935,508 residents. Of course, because Fort Worth is right next to Dallas, the two cities often work together to provide citizens with services, including transportation. In total, the population of the Dallas-Fort Worth area is nearly 6.5 million people based on 2022 numbers. By 2037, the United Nations projects that this area will be home to about 7.4 million people.

How a North Dakota Car Accident Attorney Can Help You

How an Iowa Car Accident Attorney Can Help You

How an Idaho Car Accident Attorney Can Help You 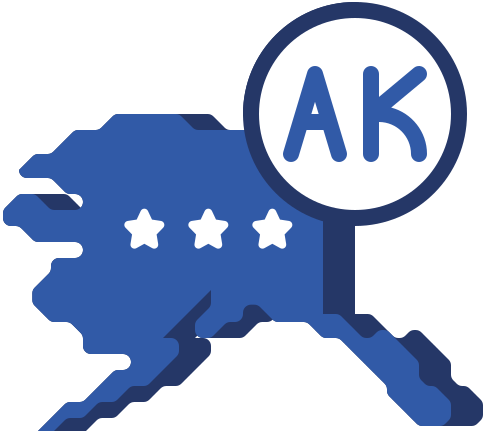 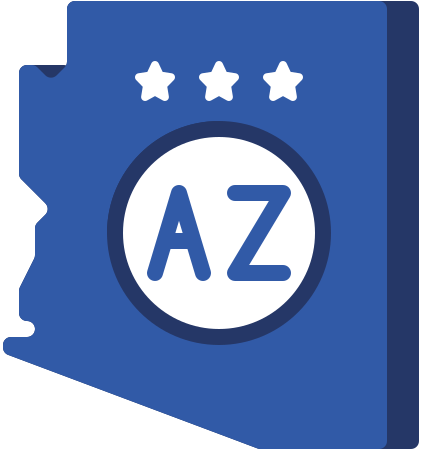 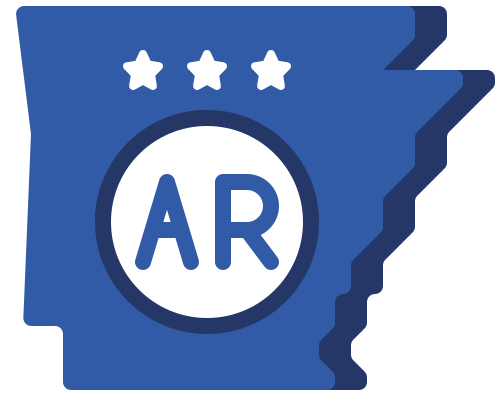 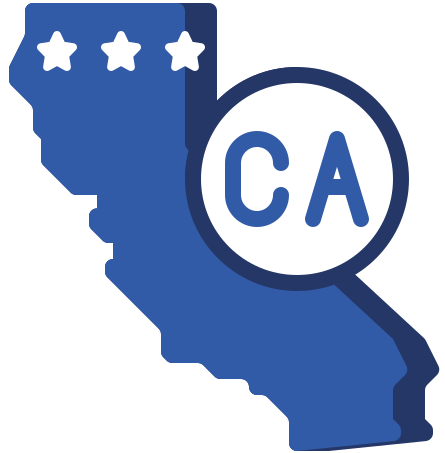 How a Workers Comp Attorney in Sacramento Can Help You

Speak with a Top Sacramento workers compensation attorney. Accident.com is here to help you through this with a network of expert attorneys.

How A North Carolina Car Accident Attorney Can Help You

Car accidents can be extremely frightening. Car accident victims may have to deal with injuries and losses associated with an accident for years to come.

Your Guide to Handling Auto Accidents in Modesto, California With a Modesto Car Accident Lawyer by Your Side

Here is a complete guide to Modesto traffic accidents, what you should and should not do if you are in a car accident, and how a Modesto car accident lawyer can help.